With the book coming out this coming Saturday (June 1st), here’s another tantalizing peek at what you can expect from “Forever’s Too Long”: 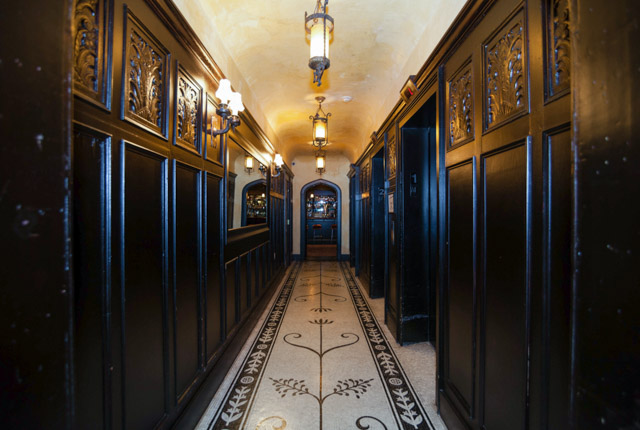 “Very well.” She shrugged. “You are not making this easy on yourself. Seize him!” I expected to be rushed by the acolytes I’d seen, but four newcomers had joined them. I mentioned the gardeners looked pretty dirty. These four looked worse. I thought one looked like his face had a gangrenous patch. Smelled like it, too. Another was a woman, but although she was young, her eyes were filmed over with cataracts and her skin was waxen as well as pale. She held a bag in her hands. Newcomer three was also female, and her fingers had lost the flesh covering the tips, revealing bone. The final one didn’t fit the pattern of most of the acolytes. He had a beard, was an older man, and wore regular but ragged clothes. He was bloated and had a pattern of dark veins on his nose.

Of course, this takes longer to describe than I took to notice them and quickly decide the way out wasn’t through the crowd. There was a side door on the left, and I took a side leap, pivoted, ran a couple of steps, and then dropped to the wooden floor in a slide to dodge Gangrene’s attempted tackle. I rose to my feet at the door and spun at the sound of footsteps to kick Vagrant in the gut hard enough to knock him on his tailbone. Fingertips had gotten tripped by one of the dopey acolytes. I couldn’t see Cataracts, though. I turned the door handle, hoping I wasn’t going into a dead end or worse, a closet.

The back of my neck prickled, like someone was watching me who I couldn’t see, which was weird, because I was still facing the center of the room. I yanked the door open as hard and fast as I could, and heard a thud above me. Cataracts fell to the floor. She’d been lurking over the doorway, somehow. No time to ponder, I spun and ran. There was a hallway with a little stairwell to the left. Upstairs might be good for fighting, but not for flight. Forward would take me back toward the courtyard, closer to the main entrance but also a place to encounter more weirdos. The right door would possibly be an alternate path to the kitchen area, which should be connected to a back way for tradesmen to bring deliveries. You repurpose a flop hotel for a cult, you still have a hotel layout.

Available for pre-order at:

Also there will be signed trade paperback copies available upon request. Simply leave a comment in the section below, or e-mail me at: